What started off as a volunteer firehouse in Gahanna has now become one of the busiest divisions in Franklin County. From the first firehouse in 1946, to the established firehouses serving the neighborhoods of Gahanna and Mifflin Township, the department has shown its reliability and persistence in serving our community. Today the Mifflin Township Division of Fire consists of career firefighter and paramedics who respond to approximately 12,000 emergency calls for service per year.

In January of 1907, under the direction of L. Stygler, the village of Gahanna started a volunteer fire department.

On Sept. 3, 1940, the Mifflin Township Trustees entered into a contract with the volunteer fire department of Gahanna to provide fire protection for its citizens. At this time, the firehouse was located at 63 Mill St. in a cement block building.

In January of 1944, the Mifflin Township Trustees purchased all rights, title and property of the village of Gahanna Volunteer Fire Department from the village of Gahanna and Jefferson Township, for the sum of $500 each. The department then consisted of a fire chief, assistant fire chief, 13 volunteer firemen, and four captains. While still located at 63 Mill St., later that same year a bond issue was passed for a new fire station.

In January of 1946 the new firehouse began its service from 133 Mill St. The firehouse was dedicated on July 14, 1946. At this time firefighters would still carry firefighting equipment in their personal vehicles.

In 1948 a 3/4 ton Chevrolet truck was purchased from Gahanna Auto Sales and converted into an emergency squad for the fire department’s use.

In November of 1953, a firehouse was established in West Mifflin to better service the citizens on that side of the Township. The firehouse began in a converted garage located at 2157 Mock Rd. At that time, this firehouse was home to a 1944 Dodge with a 500 gpm front-mounted pump.

In January of 1954, the ladies auxiliary raised funds to purchase a 1948 Packard ambulance.

During the mid-1960s, the department hired the first full-time, paid fire fighter.

Station 134, located at 422 McCutcheon Road opened in September 1997 to provide service to the west side of Gahanna and Mifflin Township.

Station 133, the newest facility, located at 501 Beecher Rd. opened in October 2002 to serve the northeast side of Gahanna.

Today, the Mifflin Township Division of Fire consists of 77 career firefighter/paramedics who respond to more than 7500 emergency calls per year and are consistently one of the busiest fire departments in Franklin County.

Fire Chiefs of the Mifflin Township Division of Fire 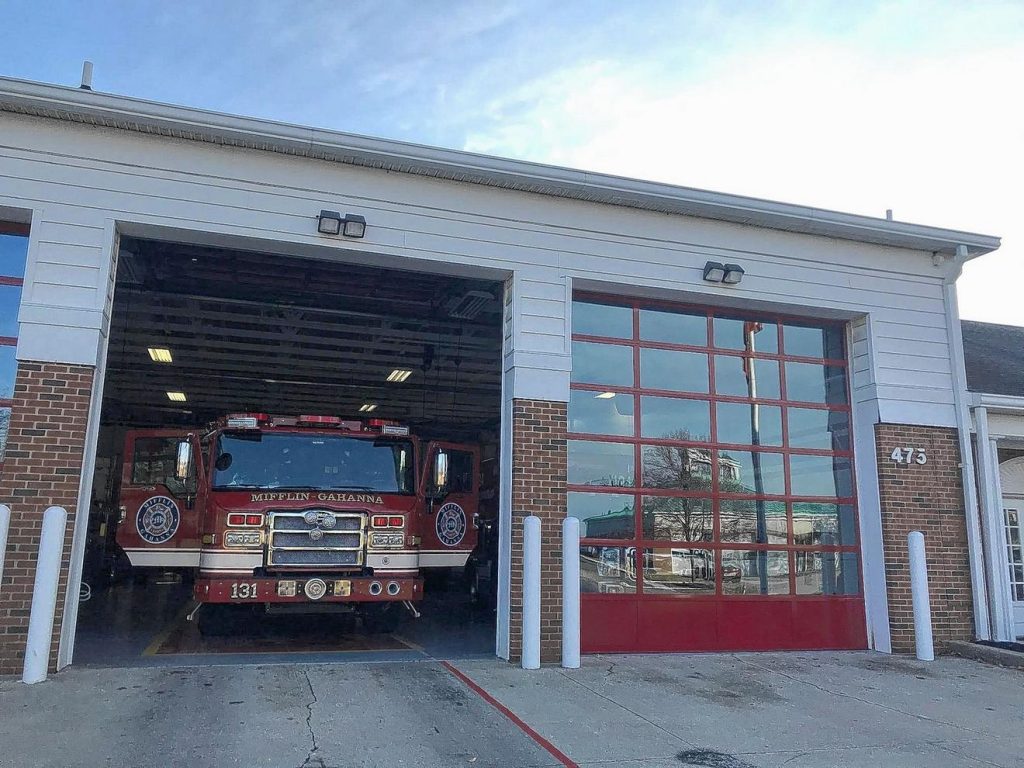